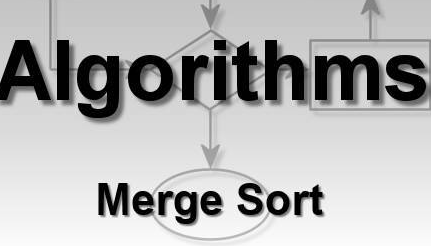 Merge sort is based on the divide-and-conquer approach. Its worst-case running time has a lower order of growth than insertion sort. Since we are dealing with subproblems, we state each subproblem as sorting a subarray A[p .. r]. Initially, p = 1 and r = n, but these values change as we recurse through subproblems.

Note that the recursion bottoms out when the subarray has just one element, so that it is trivially sorted.

Example: Bottom-up view of the above procedure for n = 8. 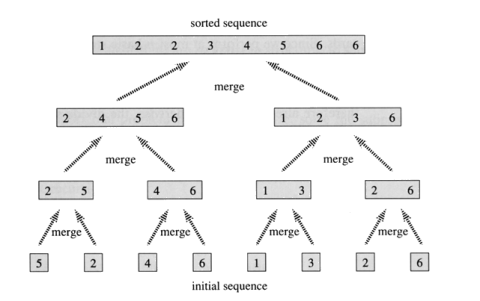 OUTPUT: The two subarrays are merged into a single sorted subarray in A[p .. r].

We implement it so that it takes Θ(n) time, where n = r − p + 1, which is the number of elements being merged.

Think of two piles of cards, Each pile is sorted and placed face-up on a table with the smallest cards on top. We will merge these into a single sorted pile, face-down on the table.

Choose the smaller of the two top cards.

Remove it from its pile, thereby exposing a new top card.

Place the chosen card face-down onto the output pile.

Repeatedly perform basic steps until one input pile is empty.

Once one input pile empties, just take the remaining input pile and place it face-down onto the output pile.

Now the question is do we actually need to check whether a pile is empty before each basic step?
The answer is no, we do not. Put on the bottom of each input pile a special sentinel card. It contains a special value that we use to simplify the code. We use ∞, since that’s guaranteed to lose to any other value. The only way that ∞ cannot lose is when both piles have ∞ exposed as their top cards. But when that happens, all the nonsentinel cards have already been placed into the output pile. We know in advance that there are exactly r − p + 1 nonsentinel cards so stop once we have performed r − p + 1 basic steps. Never a need to check for sentinels, since they will always lose. Rather than even counting basic steps, just fill up the output array from index p up through and including index r .

The pseudocode of the MERGE procedure is as follow: 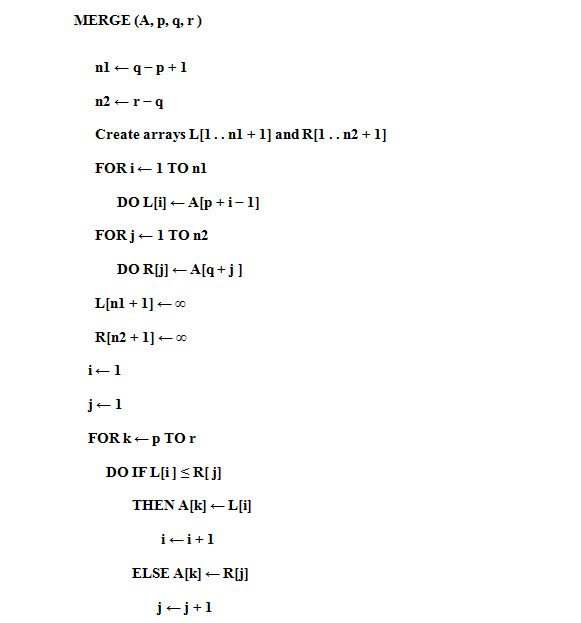 Succeeding parts show the situation at the start of successive iterations.

The last part shows that the subarrays are merged back into A[p . . r], which is now sorted, and that only the sentinels (∞) are exposed in the arrays L and R.]

For simplicity, assume that n is a power of 2 so that each divide step yields two subproblems, both of size exactly n/2.

Conquer: Recursively solve 2 subproblems, each of size n/2, which is 2T(n/2).

Summed together they give a function that is linear in n, which is Θ(n). Therefore, the recurrence for merge sort running time is 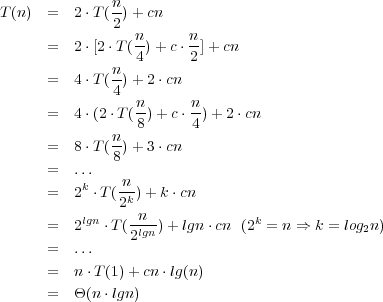 By the master theorem in CLRS-Chapter 4 (page 73), we can show that this recurrence has the solution

We can understand how to solve the merge-sort recurrence without the master theorem. There is a drawing of recursion tree on page 35 in CLRS, which shows successive expansions of the recurrence.

The following figure shows that for the original problem, we have a cost of cn, plus the two subproblems, each costing T (n/2).

The following figure shows that for each of the size-n/2 subproblems, we have a cost of cn/2, plus two subproblems, each costing T (n/4).

The following figure tells to continue expanding until the problem sizes get down to 1.

In the above recursion tree, each level has cost cn.

The top level has cost cn.

The next level down has 2 subproblems, each contributing cost cn/2.

The next level has 4 subproblems, each contributing cost cn/4.

Each time we go down one level, the number of subproblems doubles but the cost per subproblem halves. Therefore, cost per level stays the same.

The height of this recursion tree is lg n and there are lg n + 1 levels.

We use induction on the size of a given subproblem n.

Total cost is sum of costs at each level of the tree. Since we have lg n +1 levels, each costing cn, the total cost is

Ignore low-order term of cn and constant coefÞcient c, and we have,

which is the desired result. 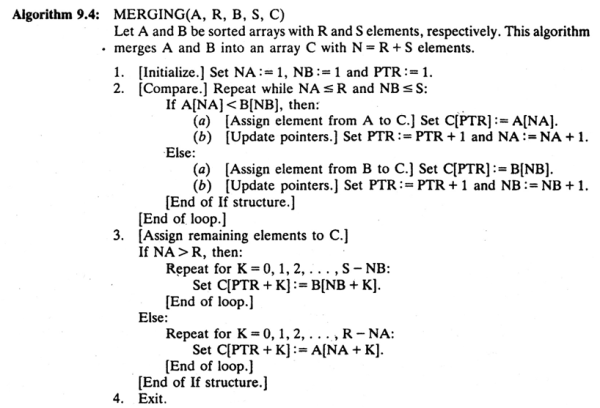 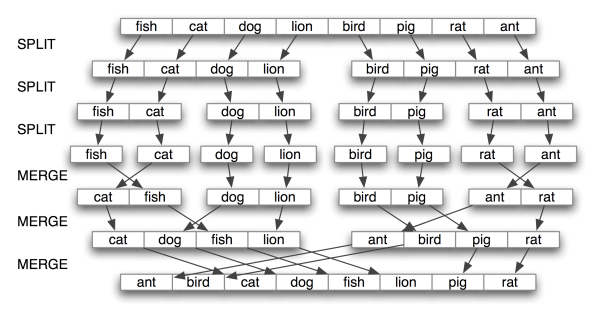 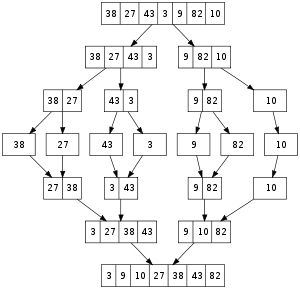 One thought on “Merge Sort Algorithm”